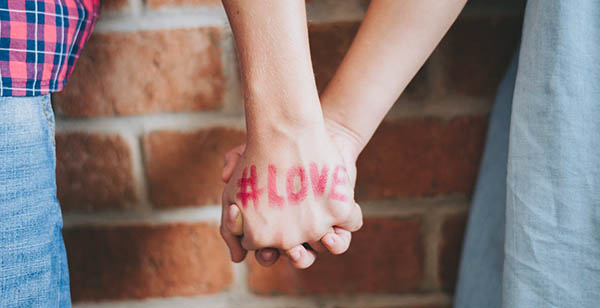 The day I moved into the graduate dorm everything changed. I made a new friend. Steve. I wondered why he leaned forward as he shot through the graduate dorm cafeteria toting a huge stack of textbooks. But he had a dream—and he was going after it. I liked that. I also appreciated that he immediately volunteered to fix my vintage Raleigh three speed bike, bequeathed to me by my brother.

The day before Noah had accidentally knocked over my Raleigh.  The bike seat had been twisted oddly, and I could not ride it. Noah did not apologize.  I had just broken a date with him, and he was mad. I would say I had broken up with him, but even after dating for two years, I still did not think of him as a boyfriend.

As an undergrad I had trouble finding love. The odds were good at my college:  seven guys for every girl, but still—I struggled. Benji, an upperclassman, always wanted to take me to the Pig and Whistle to down a pitcher of beer and shell a couple of pounds of peanuts. Since I was underage and oblivious to false IDs, we usually ended up at the only movie theater in town. Often it was a film, like 2001: A Space Odyssey, that I had already seen a half dozen times.  I was relieved when Benji stopped calling.

Although I rarely went out with him, Noah seemed to think we were a thing. He had thick-Beatle-styled hair, that you wanted to touch.  He walked with a swagger, had a square jaw, and an Adam’s apple that bounced when he talked. My roommate was crazy for him. “He looks like Ashton Kutcher—and oh, that walk!” Noah was headed to vet school. His passions circled around Irish setters and the game of chess. I could not weigh in on either. Instead I longed to talk about the Herman Hesse book I was reading, and Rodney, the nine-year-old I was tutoring at an inner-city Presbyterian church.

For two years Noah hung on. Our dates often ended up at his frat house where we would “twist and shout” to the sounds of Fleetwood Mac or the Rolling Stones. I never understood much of what he said as we shouted back and forth over the music and sipped Boone’s Farm Apple Wine from paper cups. At the end of college, many of our friends were marching down the aisle. I began to worry that I might be alone forever, but still, I was relieved to graduate from college—and college frat parties.

On the day I moved into the grad dorm, Noah caught sight of me returning from the bookstore with a new book. I had last seen him at a friend’s wedding. “How about dinner at the Pig and Whistle?” he asked. When I turned him down, foolishly explaining I had a new book to read, he stared at me as if I had slapped him. This would be the last time I would ever see him, and in his haste to leave, he turned and collided with my Raleigh, crashing it over.

In that moment my understanding of love suddenly shifted. I had a deeper sense of what love might be, and I knew Noah and I weren’t in love and never would be. Maybe I had liked the security of having him around and he was cute, but suddenly none of that mattered. At that moment, I had a glimmer of what love could mean, and I wanted to hold out for it. I thought to myself– I am done dating. I am done looking for love. I will let it find me.

That evening before I headed up to my dorm room to start a new book, I played a few hands of gin rummy with Steve in the lobby of the grad dorm. I told him I was done dating. Done with trying to find love. He nodded like this was reasonable.

The next day on the first of our many bike rides out to a small airport where we picnicked, Steve and I agreed to be friends. And, of course, this is how I would finally find love. Through friendship.

Story You Need to Tell Finding Community
Scroll to top