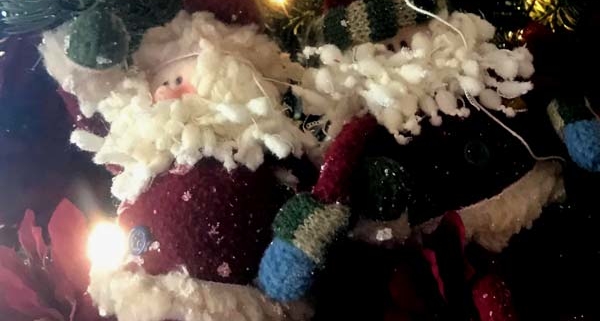 I am digging through the Christmas boxes when I see an image that is still etched in my brain. The boy. The hair shorn close to his head. The green tee shirt that held a German phrase I did not understand. How he sat like Rodin’s Thinker at his desk. How he died near Christmas and how that moment ripped my high school apart.

The week before he died, we had been reading Saint-Exupery’s The Little Prince in class. The story centers on a pilot who landed in the Sahara Desert. Having a mechanical problem, he sets about repairing his plane when the odd, childlike Little Prince appears.  Initially the Little Prince is quite put off by the pilot, who is completely wrapped up in his airplane repairs. But slowly the Little Prince uses his magical stories to befriend the pilot and teach him important lessons about life. During one discussion about the book, I asked my students what they had learned.

“The fox came up from his hole!” all eyes turned toward the voice coming from the fourth row. Lucas. “That fox teaches us about trust and friendship.  Powerful stuff . . . but the best part is the fox’s gift. He gave the Little Prince a quote, a thought.” Then Lucas paused knowing his silence would give this quote the emphasis it needed. “What is essential is Invisible to the eye,” he said. “This quote is cool—and I like the idea of giving free gifts, too!” Lucas joked. Then sitting sidesaddle at his desk, Lucas poised himself like Rodin’s Thinker. He held our complete attention. “The invisible is the best stuff . . . goodness, truth, friendship, stuff like that . . . and how often do we stop and realize that?” There was another moment of silence as we pondered. “Just so cool,” he added. Then Lucas turned and leaned forward on his desk, leaning into a future that should have been. That was my last vivid memory of him.

One week later, Lucas was shot in the head while doing his job– trying to stop a thief from walking out of a Walmart with a television. That was nearly two decades ago. I still feel the hurt. It surfaces as I dust off the Christmas boxes and prepare to hunt for the ornaments and the Santas I hide throughout the house. I also think of my dear mom who died in March. It will be hard to face my first Christmas without her.  Lucas. Mom. I think I feel their presence, and I marvel at this. The power of the invisible.

But my reverie is interrupted by my favorite eight-year-old, Macy. “Gigi, let’s hide the Santas first!” Her joy is contagious, and I nod. Then my granddaughter pauses pensively. “But what about Santa?” She eyes me seriously. “My friend Madison says he is not real.”

“He’s real,” I answer. I do not miss a beat. “He may be invisible—but he is there.” She pops open the box with our Santas and gives me the stink-eye look that she has mastered. “Think about it,” I suggest. “What really matters is invisible.” She plops down on the floor examining a miniature Santa she has pulled from the box. She is quiet for a long time.

“I sort of see what you mean. Santa is like the magical stuff we can’t see.”

“Oh, like Grandma Betty,” Macy says as if it all makes sense now. Then she jumps up and wraps her arms around me. Again, I feel a presence. Again, I marvel at this. The power of the invisible. Then I return a hug to this beautiful child who will always be my teacher, and a sliver of light slips into me—the invisible is truly the greatest gift we can give.

Story You Need to Tell Children as Teachers
Scroll to top